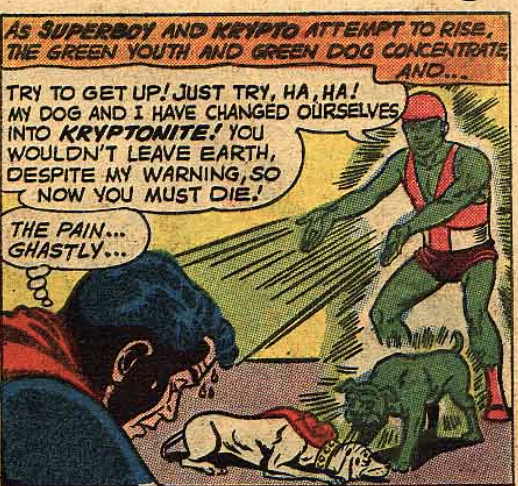 Superboy #83 (July 1960) introduces a new Super-villain in the form of Kryptonite Kid. known in the future as Kryptonite Man. He starts out as a juvenile delinquent on the planet Blor, volunteers for a space mission, and is given powers by having his rocket pass through a “strange space cloud”: the ability to project rays, to turn objects into Kryptonite. In addition, it turns his and his dog’s skin green. On the verge of death, Superboy ends up being rescued by Mr. Mxyzptlk, who sends the Kid to his 5th dimension because he doesn’t want to lose his “playmate”.