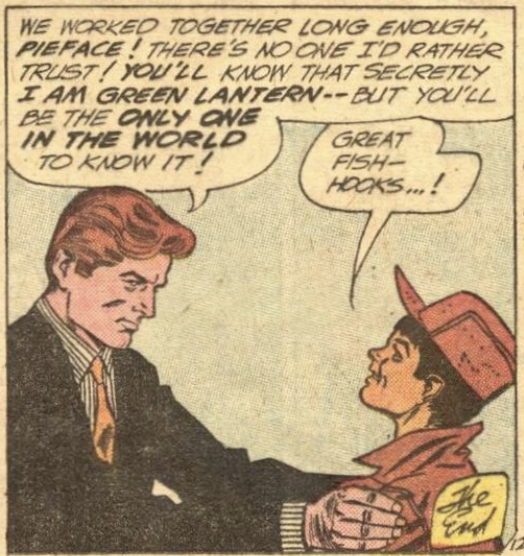 In Green Lantern #2 (July 1960), Green Lantern (Hal Jordan) gets a confidante just like Roy Thomas suggested he should in an Inuit mechanic friend, Thomas Kalmaku aka “Pieface”. I’m pretty sure “Pieface” is referring to the round-ness of the face. Despite that racist nickname, the character is not depicted as a racist caricature, but he’s a more dependable version of Jimmy Olsen. I think this the first non-white character introduced into the supporting cast of a superhero?

In that same issue, more world-building as the antimatter universe, the planet of Qward, and its evil Weaponers are introduced. These would feature in Green Lantern adventures from time-to-time, but had a much more significant role in the Crisis on Infinite Earths event.