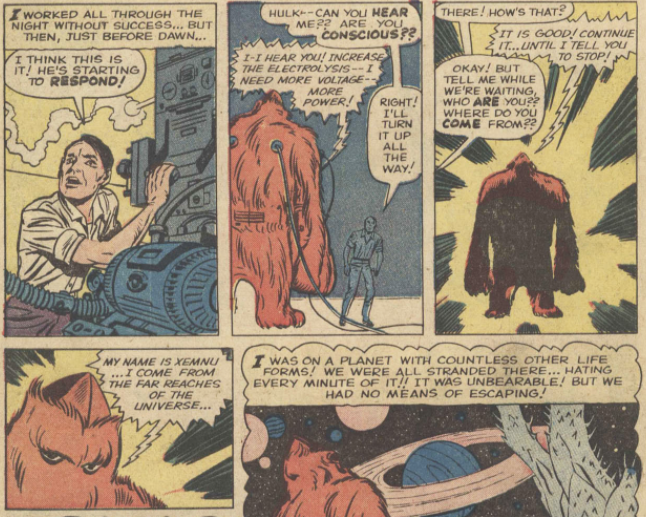 The modern Marvel era inches closer with Atlas Comics’ Journey Into Mystery #62 (July 1960) where one of the “Marvel monsters” is given the name “The Hulk”. A giant orange hairy metal creature is discovered next to a shattered spaceship and nursed back to life by Joe Harper, who feeds the creature electricity. The creature awakens and explains its name is Xemnu and that it was being held captive on a prison planet, but escaped and crash-landed on Earth.

Xemnu then proceeds to use hypnotic powers to enslave the entire human race (except for Joe) to build it a new spaceship to bring Xemnu back to his home planet. Unfortunately the ship will be so powerful that it will destroy Earth during take-off. Woopsie.

Joe uses his technical savvy to rig the spaceship such that it shocks Xemnu into a state of paralysis and uses a lower power setting on the spaceship to send it into orbit around the sun forever.