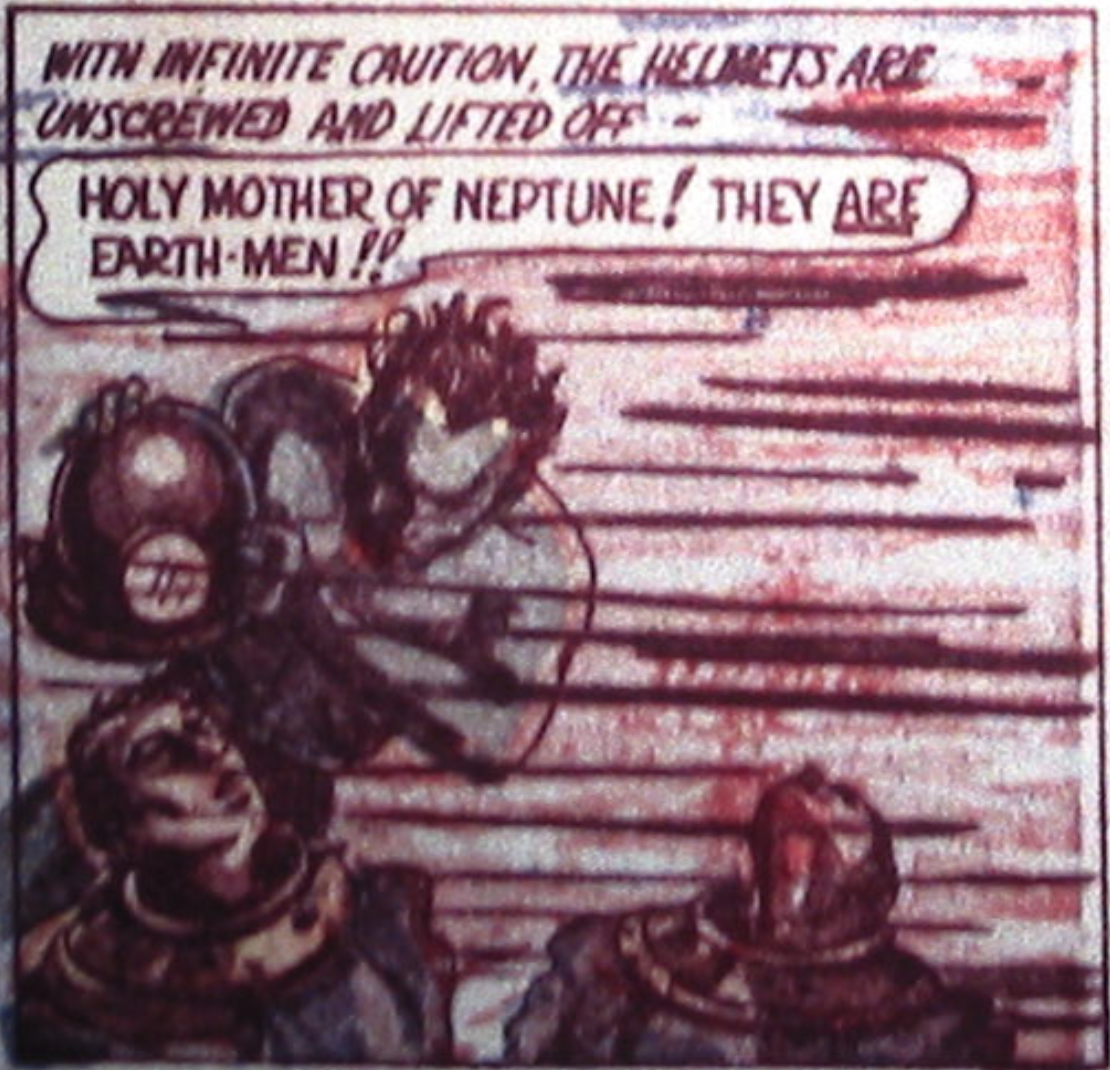 Marvel Comics #1 (August 1939) also introduced another character that would live beyond the Golden Age of Comics: Namor, the Sub-Mariner created by Bill Everett. Namor debuted a full two years before that other famous aquatic superhero, Aquaman. Like the Human Torch, his origin was pretty unique: Namor is a young prince of the deep who crushes two underwater divers (not knowing they were human). When his mother, the Queen, congratulates him and explains that the surface dwellers (white men) are evil and need to be exterminated, he takes his girlfriend Dorma on a trip through the surface world, attacking humans and causing more destruction.