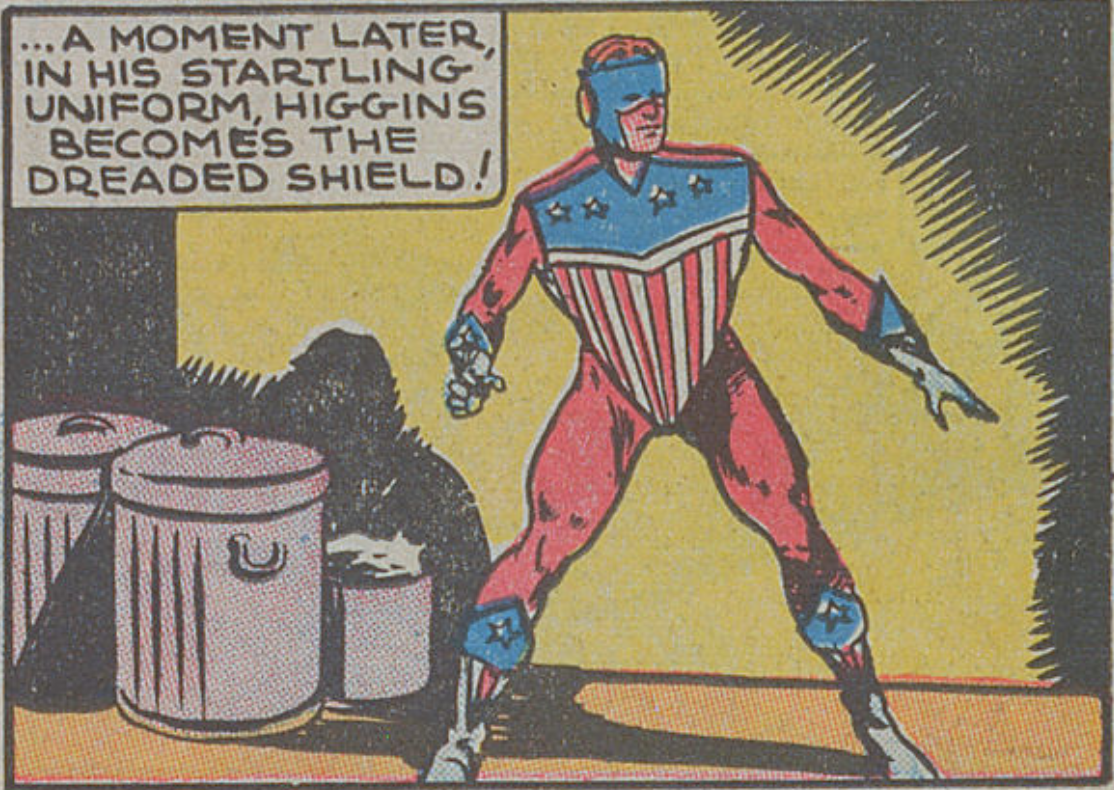 The Shield was the first over-the-top-patriotic superhero, arriving at least a year before Captain America. Debuting in Pep Comics #1 (November 1939), he was a G-Man who designed his own costume that gave him a dizzying array of powers: bulletproof, flameproof, super speed, super strong, he could scale walls and he had radio gadgets to listen on on the bad guys. But like many superheroes, he had a specific weakness, which in the case of the Shield just happens to be a complete lack of charisma!