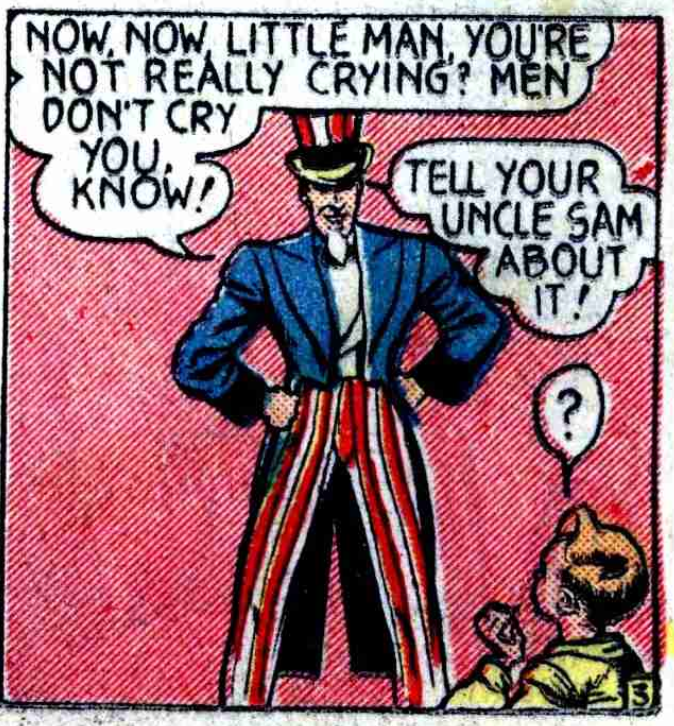 Quality Comics started a new comic book in April 1940: National Comics #1. This book featured the debut of an odd superhero, Uncle Sam created by Will Eisner. Eisner based the superhero on the character used for U.S. Army recruiting since the 1800s. The superhero was the embodiment of the American spirit, seemingly indestructible in this first story.

Later, DC would acquire the rights to all the Quality superheroes, including Uncle Sam, the Human Bomb, and Phantom Lady, who would operate as the Freedom Fighters on Earth-X until the Crisis on Infinite Earths.