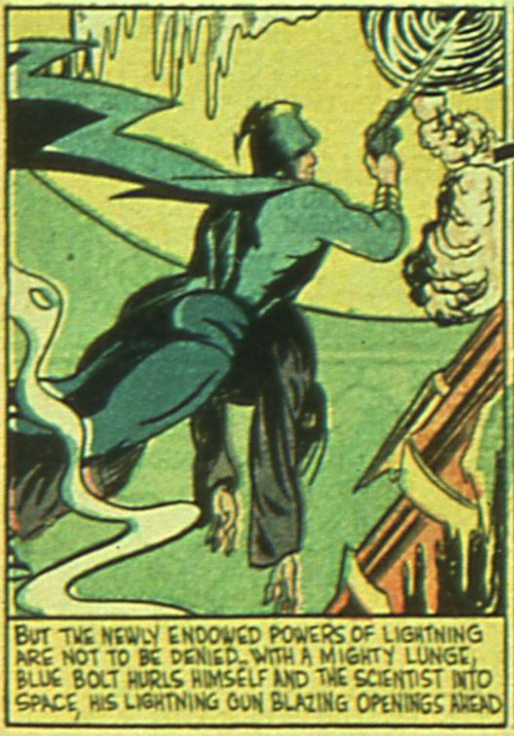 Finishing off the list of obscure superheroes that debuted in April 1940 is the Blue Bolt, starring in Blue Bolt #1 (Novelty Comics). This lightning-shooting character was created by Joe Simon who drafted his buddy Jack Kirby to work on it with him in the second issue (May 1940).

Simon & Kirby would, of course, later go on to create Captain America for Timely / Marvel.