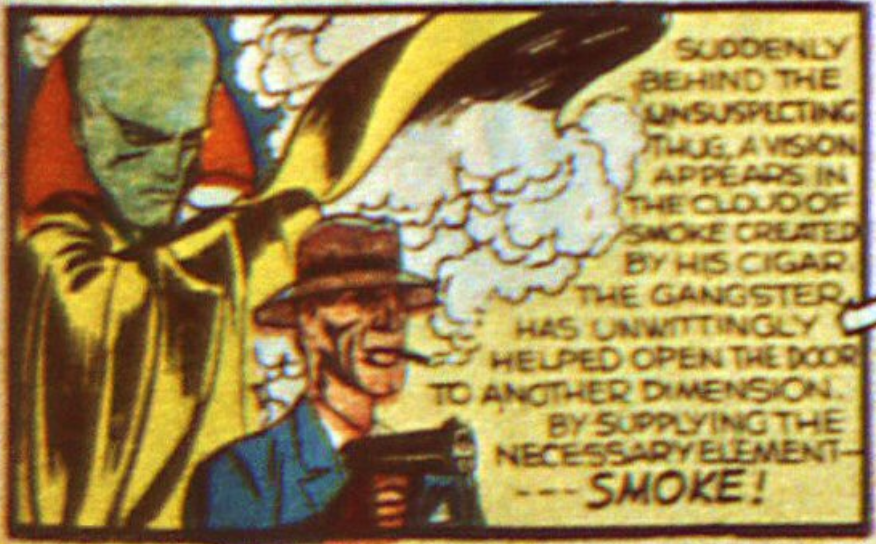 As I mentioned before, I never knew there were so many Marvel Comics characters named after obscure Golden Age characters they had introduced decades earlier*. Marvel Mystery Comics #13 (September 1940), introduced a new hero to Timely/Marvel’s Golden Age of Comics: The Vision. No, not the android from the 1960s, but an alien from Jupiter that is able to traverse dimensional barriers to Earth by using… smoke… or something. The Golden Age and Silver Age characters look pretty similar: Different colored skin, bald head, skin-tight green and yellow costume with a cape.

The Vision looks pretty similar to DC’s Martian Manhunter, though that character was introduced 15 years later.