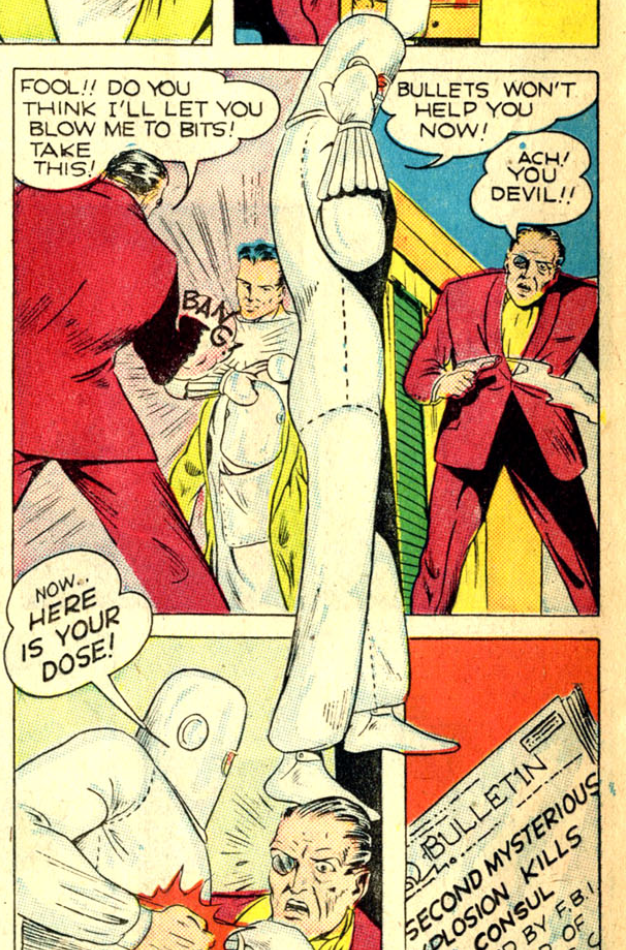 The final hero that was introduced in Police Comics #1 (May 1941), was the Human Bomb, created by Paul Gustavson. Roy Lincoln swallowed an explosive capsule his father was invented to prevent it falling into the hands of spies, and became explosive. As a kid, I first met members Uncle Sam, the Phantom Lady and the Human Bomb as members of the Freedom Fighters during Crisis on Infinite Earths.