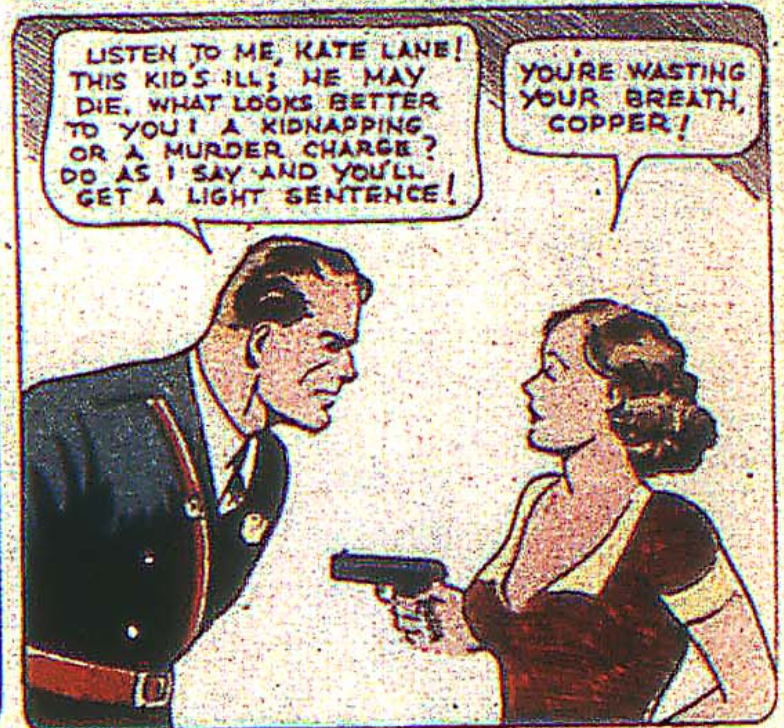 In December 1935, New Comics #2 featured a 4-page story called “Federal Men” by Jerry Siegel and Joe Shuster.  Steve Carson was an FBI agent in the 1930s.  The bad guy’s girl is named Kate Lane, she comes to her senses just in time for her villainous boyfriend, Walsh, to kill her in the heat of the moment.

The latter two pages of the story have no indication that Siegel & Shuster were looking to sell this series to a newspaper since there was no space for a title header.  Could this be the first true 4-page comic book story?

Maybe it’s my attachment to the early Superman era, but there’s something I really love about Shuster’s artwork in those early days.  The brooding, the boldness, and the sturdiness of the characters.