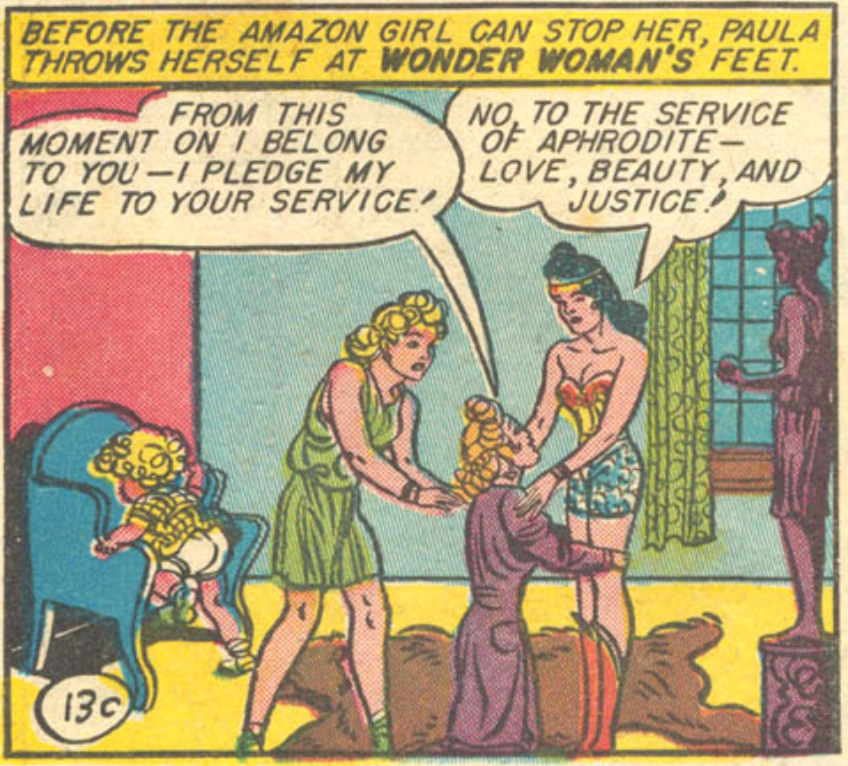 In December 1942, Wonder Woman #3 features the first time a recurring villain character goes through a reform and becomes an ally of a superhero. Baroness Paula von Gunther is revealed to have become a villain after Nazis kidnapped her child. Having restored her child, Wonder Woman sets out to reform her. And she stays reformed for decades! That is, until DC becomes bored enough to reset her to villain status in the 1990s. I’d say 50 years an ally is a pretty good stretch.