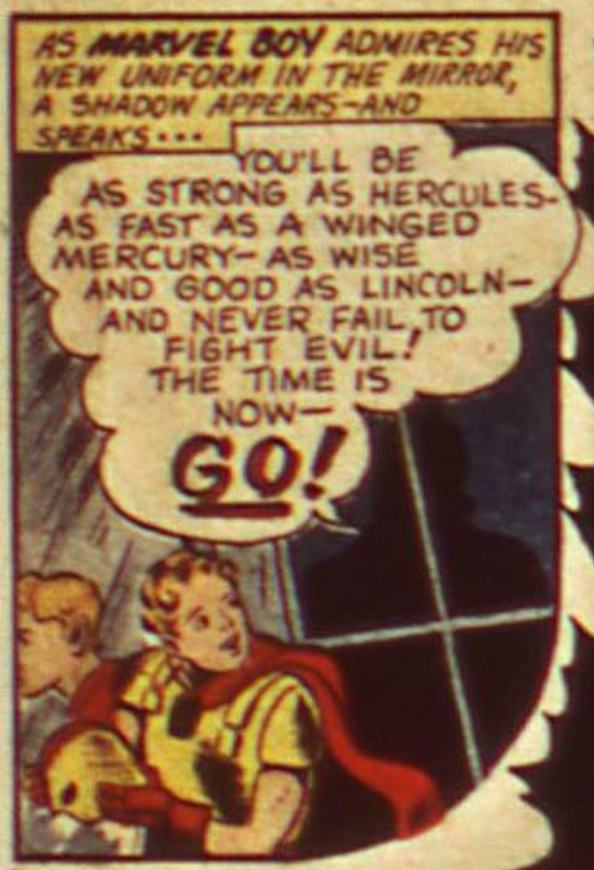 More “name-squatting” continues in the Golden Age – we see a character name “Marvel Boy” created by Timely Comics during the hey-day of Fawcett Comics’ Captain Marvel craze. This is actually the second story featuring this version of Marvel Boy, Martin Burns. As Wikipedia points out, both stories were pretty different and the character never really went anywhere.

The whole mixup between Marvel Comics and Fawcett’s Captain Marvel only gets worse from here – eventually culminating in the original Captain Marvel character of Shazam-fame to not even have a name within the story during his major motion picture debut. To add insult to injury, the movie that got to use that name crushed Shazam at the box office!