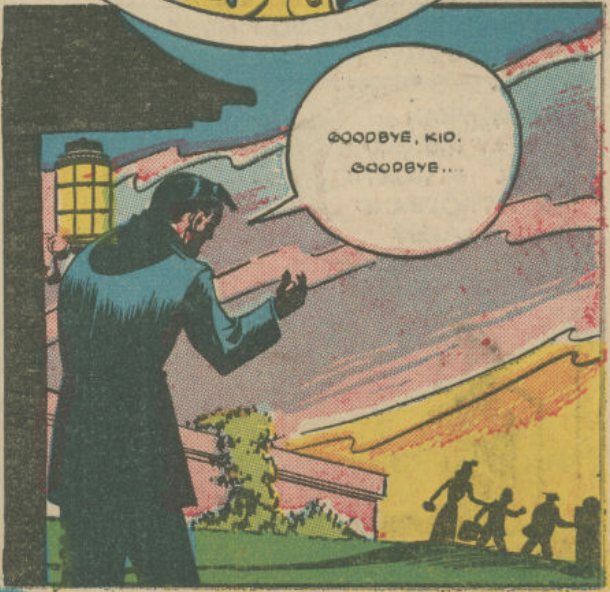 Bruce Wayne loses ward-ship over Dick Grayson for the first time in Batman #20 (October 1943), a recurring story idea that comes up in later years. Dick’s shifty Uncle George and Aunt Clara come to claim him, take Bruce to court claiming his playboy ways are a bad influence, and then use the opportunity to later have Bruce “buy” Dick back for a cool million. Of course they are also in league with a mobster, which Batman and Robin uncover, sending the dis-gracesons packing and Bruce gets his Dick back.