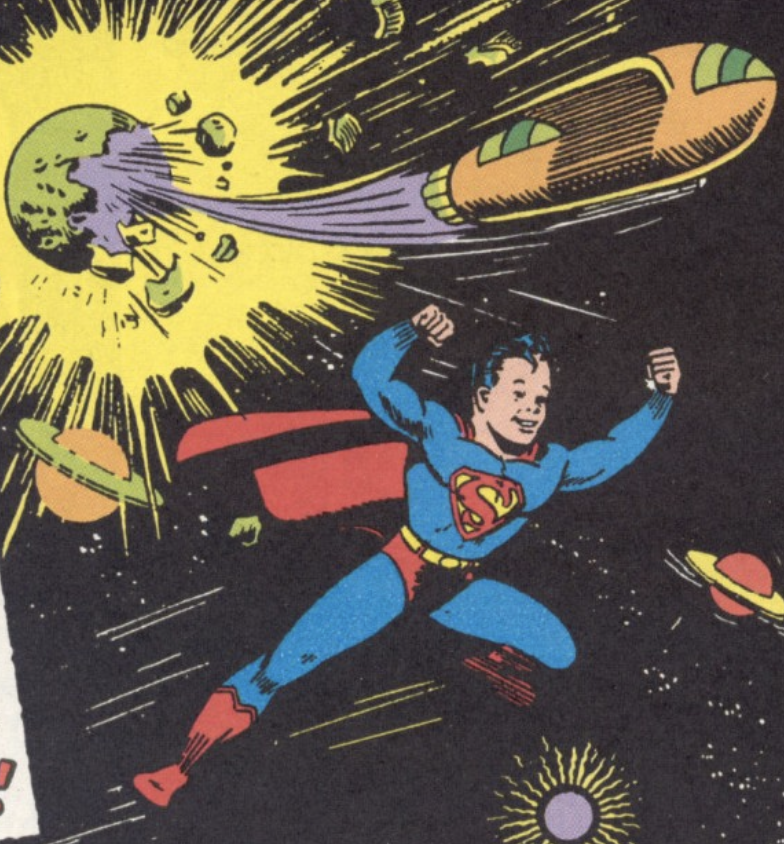 As the Superman writers begin to cast about for fresh ideas, I am sure they were heavily influenced by the Captain Marvel Family and wanted to capture the young reader fantasy like Captain Marvel Jr and Mary Marvel did. Superboy debuts for the first time in More Fun Comics #101 (November 1944).

This Superboy is simply a pre-adult Superman but it became a huge hit for DC – quickly moving over to Adventure Comics and starring as the cover feature for a generation of readers. Since then there have been many different versions of Superboy, the latest of which is Superman’s son with Lois Lane (since 2015).

Some minor differences from the newspaper strip origin from five years ago are present: Jor-L has become Jor-El, Lora has become Lara.

This entry represents the one-year anniversary of this blog! I didn’t really know how long I would stick with it (and I still don’t), but it took one year to document roughly ten years of comic book history – from the first official comic book in the Platinum Age to the beginning of the decline of the Golden Age. If I can keep at it, we should see the dawn of the Silver Age some time next year! Probably sooner rather than later, since I’m assuming the entries will spread out a little as the Golden Age wanes and struggles to be interesting.