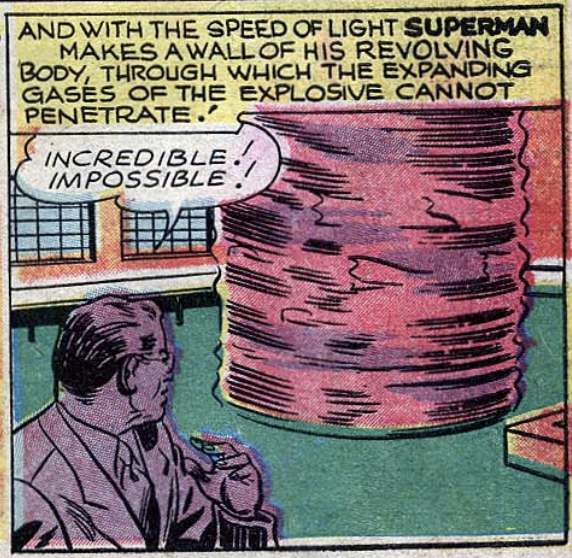 In Superman #43 (September 1946), Superman faces off against Luthor again. This time Luthor has invented a super-hard material he calls Luthorite. The story lets writers enumerate new powers and abilities, as well as a weakness.

He may have photographic memory, but it is revealed that Superman cannot see through lead with his x-ray vision (as shown above). It is also shown that his super-suit is invulnerable (though no explanation is given):