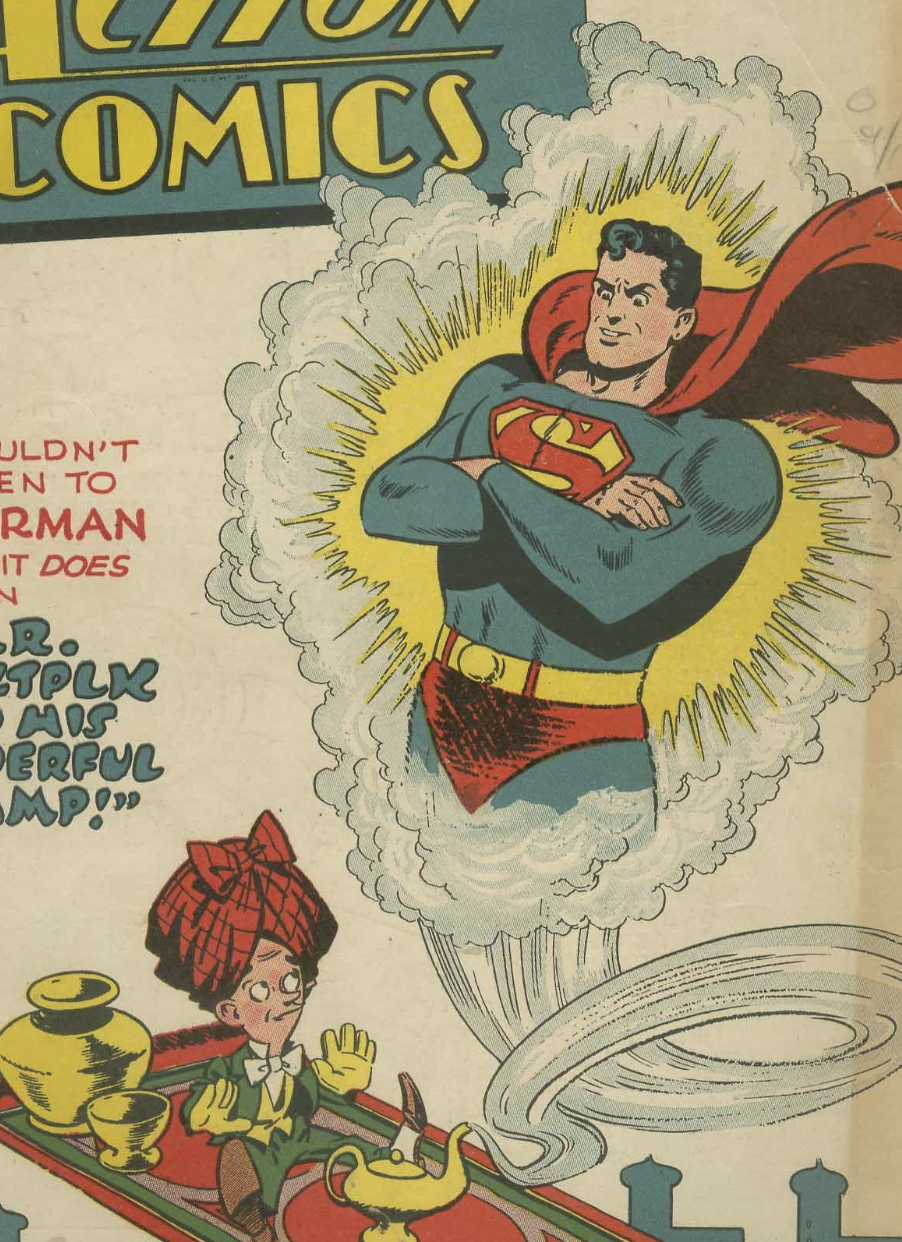 As previously mentioned, 1946 is a year in which Superman’s appearance gradually evolved into its post-Shuster shape, thanks to Wayne Boring’s work on covers. In Action Comics #102 (September 1946), we see not only his pupils, but the proportion of his head to his body has now changed and his facial expression is varying and sometimes comical.

If I haven’t mentioned this before, I hate Wayne Boring’s depiction of Superman. So stiff, so wooden.