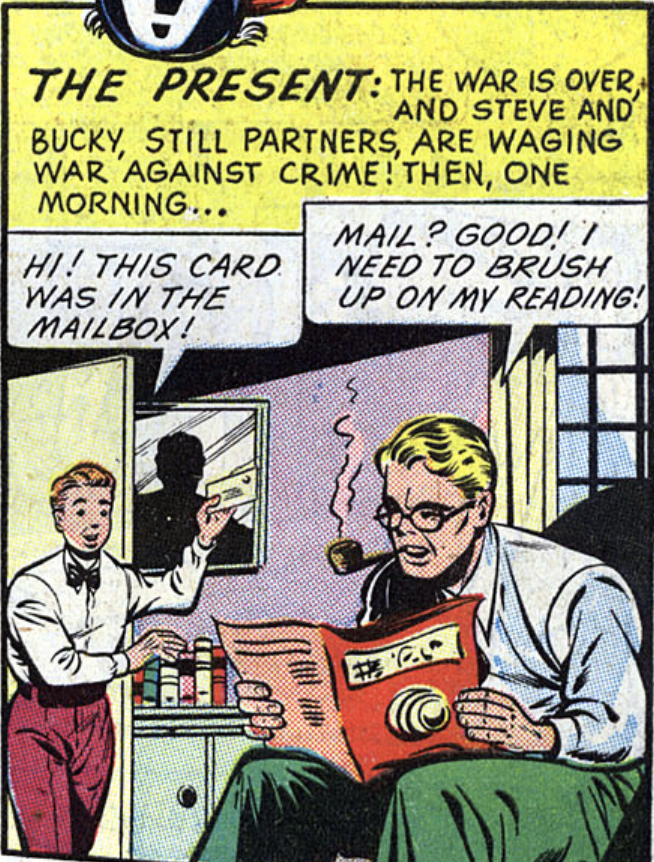 Timely (Marvel) Comics tries to flesh out Captain America’s back story in Captain America #59 (August 1946), with a re-telling of his origin, an updating that Steve and Bucky have been recently honorably discharged from the Army, and then Steve choosing to go back to his role as a school teacher. I blame Stan Lee, who is mentioned in the opening splash page as “Editorial and Art Director” alongside Syd Shores (art associate) and Al Sulman (editor).

Of course this entire storyline was later ret-conned in the Silver Age (1960s) when Marvel explains that Captain America was frozen in a block of ice during World War II.