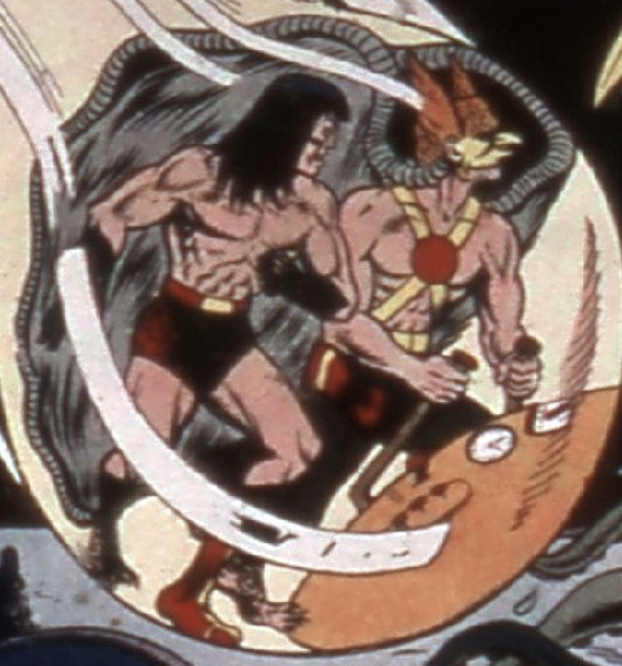 Neptune Perkins was a minor character introduced in the Hawkman story in Flash #66 (1945) as a sort of powered-down version of Aquaman. In Flash Comics #81, Neptune Perkins makes a re-appearance with Hawkman as they are both summoned to Venus where they pit a roc against a kraken to save the Venusians, or something.

Later, in the Modern era of comics, Neptune Perkins would be ret-conned and join the Young All-Stars.