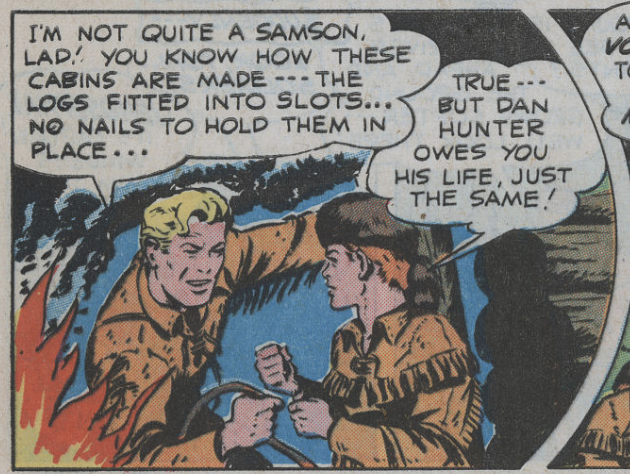 Tomahawk, and his trusty young sidekick Dan Hunter, debut in Star Spangled Comics #69 (April 1947). As a young pioneer in Kentucky, Tom Hawk was captured by “Indians”, but after saving some of their people from a rampaging moose, was befriended, given the nickname “Tomahawk” and taught their ways.

Later, he defended an American outpost being attacked by white people pretending to be Native Americans. In the process, he met a now-orphaned lad named Dan Hunter, and thus began their adventure series together.

While there were many minor western-themed characters throughout the 1930s and early 1940s, Tomahawk seems to be the first of a new wave of Western comics that kicked off in the late 1940s.