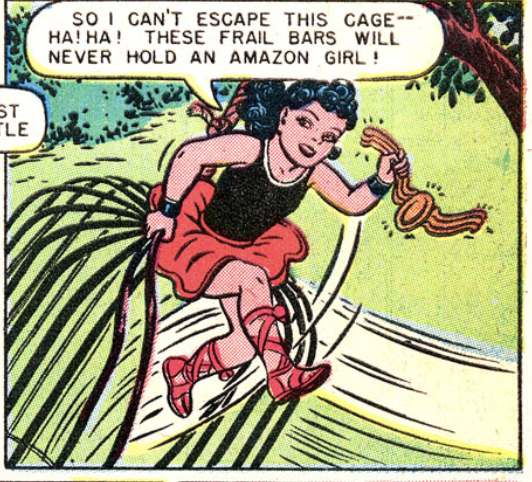 In Wonder Woman #23 (March 1947), Queen Hippolyta shows what amounts to be a “home movie” of Diana as a seven-year old girl who bests alien invaders and rescues Amazons. This is the first appearance of Wonder Girl. Versions of Wonder Woman at various young ages become a popular story-telling device in the pages of Wonder Woman comic books such that they are given names: Wonder Girl and Wonder Tot and eventually take part in “team-up” stories with Wonder Woman herself through “impossible tales”.

Later, in the 1960s, Wonder Girl joined the Teen Titans and so had to be given a different origin story, that of Donna Troy.