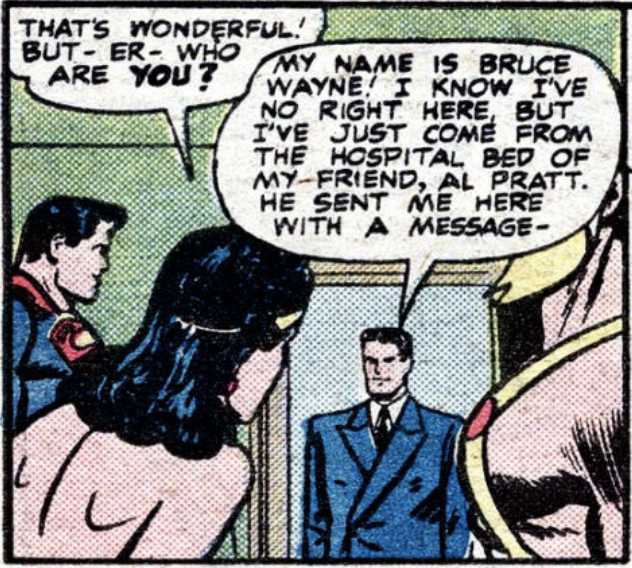 In All-Star Comics #36 (June 1947), honorary members Superman and Batman join the JSA on a mission. This is not the first time that Batman and Superman have appeared together in DC continuity, that happened six years earlier. Nonetheless, it’s exciting to see the big three meet – and for more than a single panel.

I like how Bruce Wayne shows up, says he will bring a hero to help, sneaks off to a hallway, and returns as Batman. Subconsciously he wanted to reveal his identity, I guess?

As for why Superman and Batman make an abrupt appearance, I wonder if DC just wanted to merge their “DC” and “All-American” heroes together under one roof again, so to speak, or if sales were starting to drop for All-Star Comics?

Wonder Woman gives them communicators too!