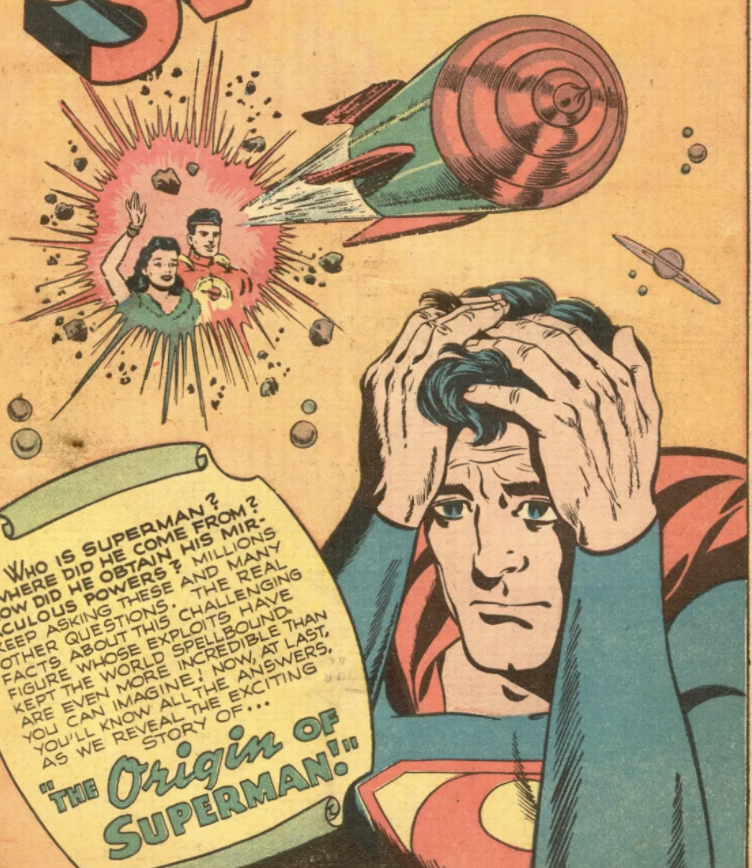 For the tenth anniversary of Superman’s first appearance, DC re-told Superman’s origin in even greater detail in Superman #53 (May 1948) with a compelling splash page showing Superman’s sadness at losing two sets of parents. The first half of the story takes place on Krypton. In it, we see in greater detail how Jor-el tried to convince the “Council of Five” in the “Hall of Wisdom” that the planet must be evacuated. The latter half of the story talks about how Clark came to be adopted by the Kents (who are still not given proper first names). Clark gradually learns of his powers throughout his childhood and teenage years and upon his adopted parents passing, his father gives him wisdom:

It is odd because Superboy has been a well-established character in DC comics for more than three years at this point, but in this version of the origin Clark is clearly in early adulthood when his parents die and his father tells him to become Superman – and there is no mention of his career as Superboy.