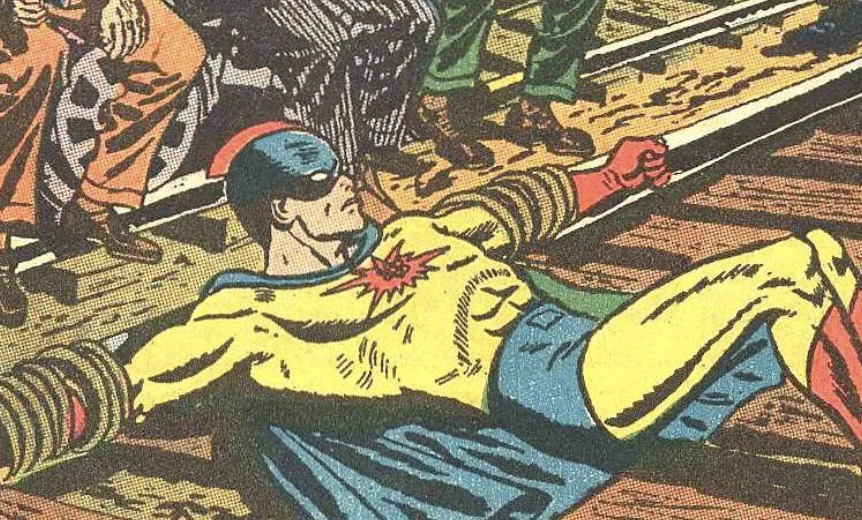 In Flash #98 (June 1948), DC gives three of its heroes new costumes: The Atom, Hawkman, and Hawkgirl. There is no in-story reason for any costume changes, it appears to be just the whim of the artists (Carmine Infantino, Frank Giacoia for The Atom and Joe Kubert for Hawkman).

While I consider the Atom’s costume a minor upgrade (anything is better than the plain blue sheet he wore over his entire head) , I consider Hawkman’s a downgrade. Listen, I know that winged helmet is goofy af, but it was one of the more striking Golden Age visuals. No, that red fin on the Atom’s head does not make up for it.

One thing that is baffling is that the Atom is suddenly given super strength in this issue, being able to lift and stop full trains with ease. No explanation for the sudden super power change!