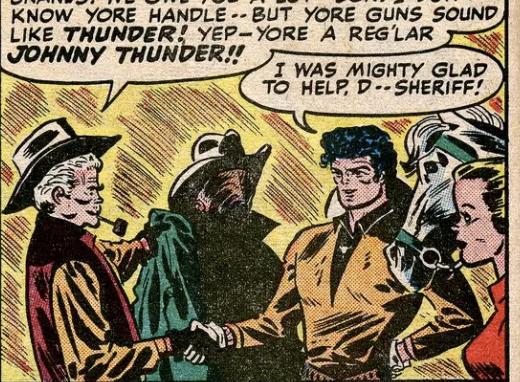 Funny side note: this Johnny Thunder has a horse for a side kick named Black Lightning. Another well-known DC name with an obscure origin!