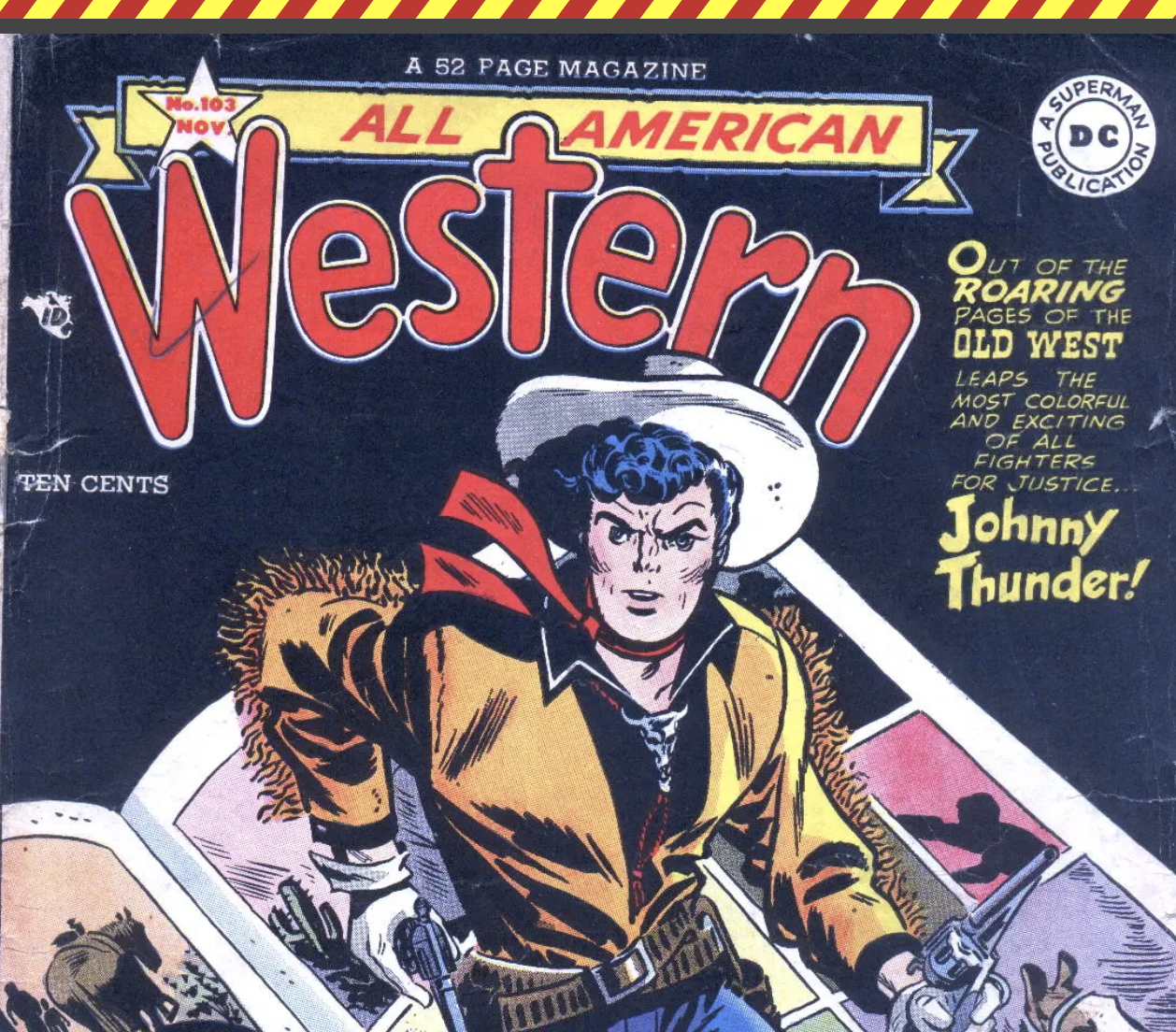 The cowboy continues to replace the superhero in September 1948, as DC’s All-American Comics follows “More Fun” out of the superhero genre. It gets a name tweak to “All-American Western” and a new cover star: Johnny Thunder.

This means no more solo stories for Dr. Mid-Nite in the Golden Age. Green Lantern still has his own comic for a few more issues and appearances in All-Star Comics – but the superhero features in Comic Cavalcade will also be replaced with “funny animal” comics the very next month too.