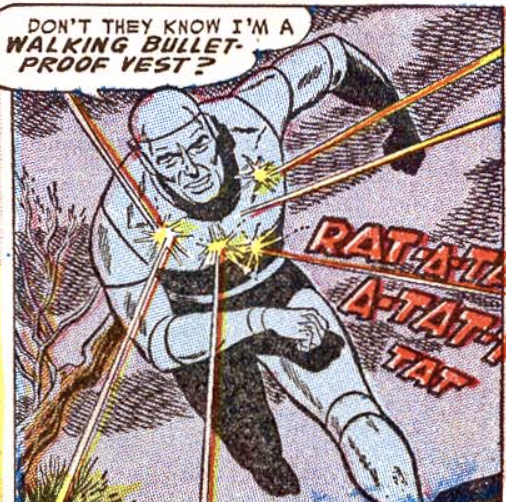 In “The Human War Machine!”, a story in Detective Comics #202 (Oct 1953), the Golden Age Robotman (Robert Crane) makes his final appearance. In it, he shows off some of his powers one last time. Including being bullet-proof:

As well as having stretchable arms?

DC will later revive the name and the concept with the Silver Age Robotman (Cliff Steele) who is a founding member of the Doom Patrol.