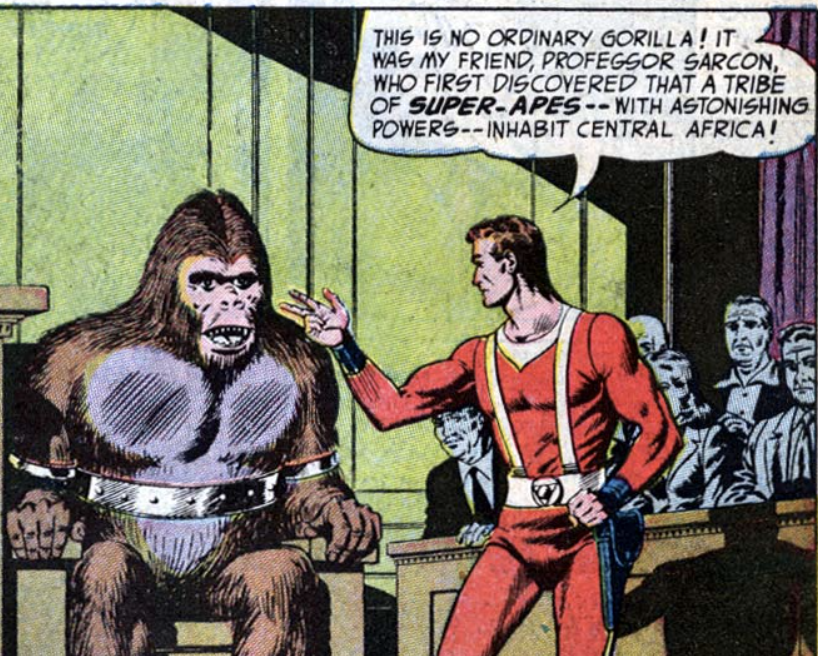 Speaking of monkeys, Captain Comet has his second encounter with a “super-ape” in Strange Adventures #39 (October 1953). This super-ape has advanced intelligence and telepathy and is Captain Comet’s first re-occurring villain in his roster. Origin-wise, this seems to be almost identical to the Silver Age Flash’s villain Grodd and the race of super apes found in Africa, though I don’t know if these were ever joined in some future continuity.