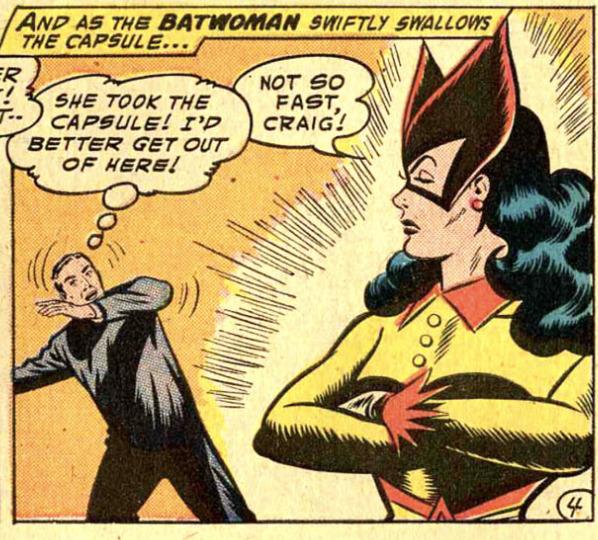 In World’s Finest #90 (July 1958), Elton Craig makes a re-appearance. Craig escapes prison and Superman and Batman fear he has secreted some of his super-power capsules. Kathy Kane also hears the police bulletin and dons her Batwoman outfit to help the World’s Finest team, finding the capsules before Craig and becomes super-powered.

After being told that she shouldn’t interfere, Batwoman gets tired of the misogyny and vows to uncover both Batman and Superman’s secret identities. It appears she figures out Batman’s by locating the Batcave, but it later is revealed at the end that Superman made a fake Batcave above another millionaire’s mansion to outwit her. However, in a very magnanimous gesture, Batman decides Batwoman is a worthy crime-fighter and should not give up her career after all. Thanks for the permission, Batman!