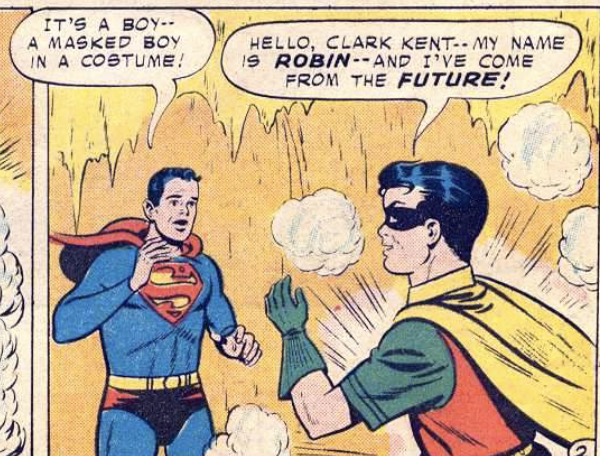 Oh, speaking of which, Adventure Comics #253 (Aug 1958) contains that promised story of when Superboy and Robin meet for the first time. Robin appears from the future to warn Superboy that a clock trophy given to him by a scientist is actually a kryptonite bomb that goes off and fatally wounds Superman years from then. Following a thorough investigation of three scientists and some scientific menaces, they stumble upon the culprit, a young Luthor:

This is obviously before the establishment in a couple years of Luthor as a contemporary who is a similar age as Superboy.