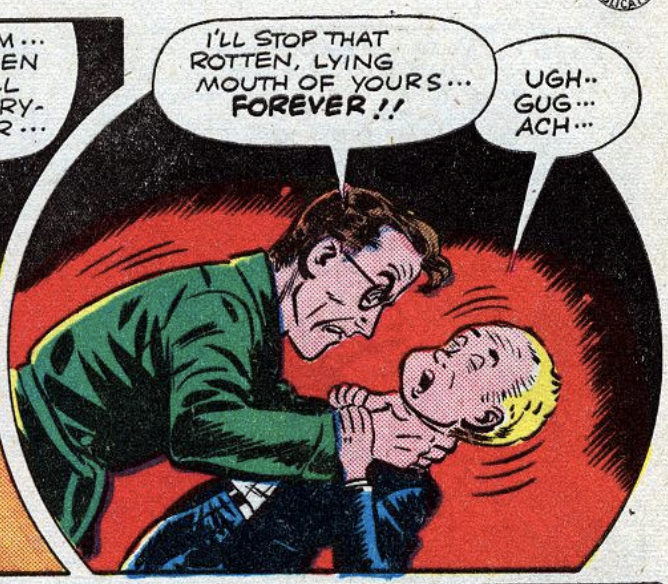 In February 1945, Comic Cavalcade #10 reprinted “Tomorrow, the World”, a 17-page story based on the 1944 movie of the same name, which, in turn, was based on the 1943 Broadway play of the same name. It’s a pretty powerful story of a Nazi-influenced Germany boy coming to live in America with his uncle and his daughter. The story does a good job of making you both hate and pity the boy, Emil Bruckner, while making you think what the world will look like after World War 2 finishes, much like All-Star Comics did this month as well. To quote the fourth-wall breaking uncle at the end:

“If we can’t turn one small child into a human being, then heaven help the world when this war is won and we have to deal with twelve million of them…”

Mike Frame, from “Tomorrow, the World”

The story also offers an essay contest at the end: “What would you do with Emil Bruckner?”