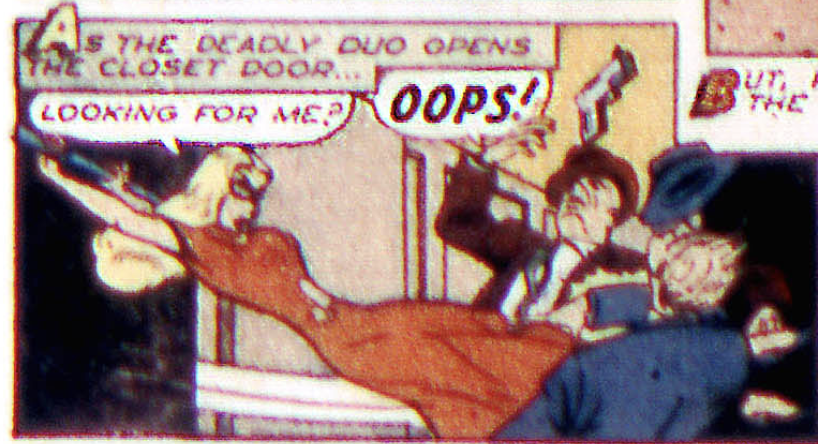 Timely (Marvel) Comics introduces a new female hero in The Blonde Phantom in All-Select Comics #11 (September 1946). As the Golden Age of Comic Books is winds down, we will start to see fewer and fewer superhero debuts, so this is nice! The Blonde Phantom was Louise Grant, the mousy secretary of Mark Mason, a private detective. Louise had a secret identity as an adventurer that would help Mark solve his cases. Of course the standard love triangle exists (Clark-Lois-Superman and Diana-Steve-Wonder Woman).