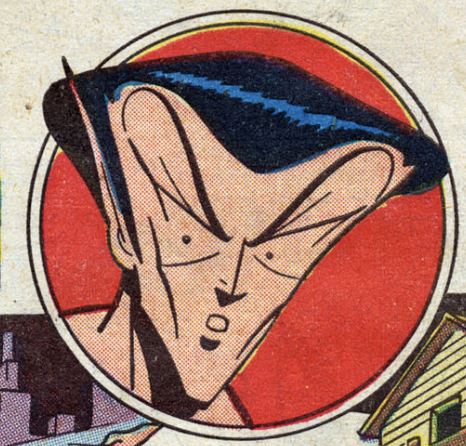 What’s even more interesting is that “Sub-Mariner vs. Green-Out”, the third Sub-Mariner story in the same issue just pages away is clearly drawn by a different artist and gives Namor a much more reasonable and realistic appearance:

This depiction looks even more realistic than when Jack Kirby and Stan Lee first brought Sub-Mariner back in the pages of the Fantastic Four in 1962! This page tells me that the story in question was pencilled and inked by none other than Namor’s creator, Bill Everett – his first credited story after the War.