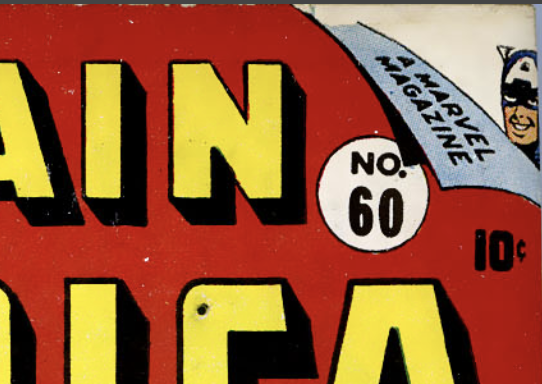 In October 1946, the covers of all of Timely Comics now feature “A Marvel Magazine” in the corner. Timely seems to have given the reigns to Stan Lee who is credited as “Editorial and Art Director”. The stories in Captain America #60 feel a bit like Marvel in its early Silver Age with lots of slam-bang action, clear lines and color: Captain America and Bucky fight “The Human Fly” in one story, the Human Torch and Toro fight “the Catman” in another.