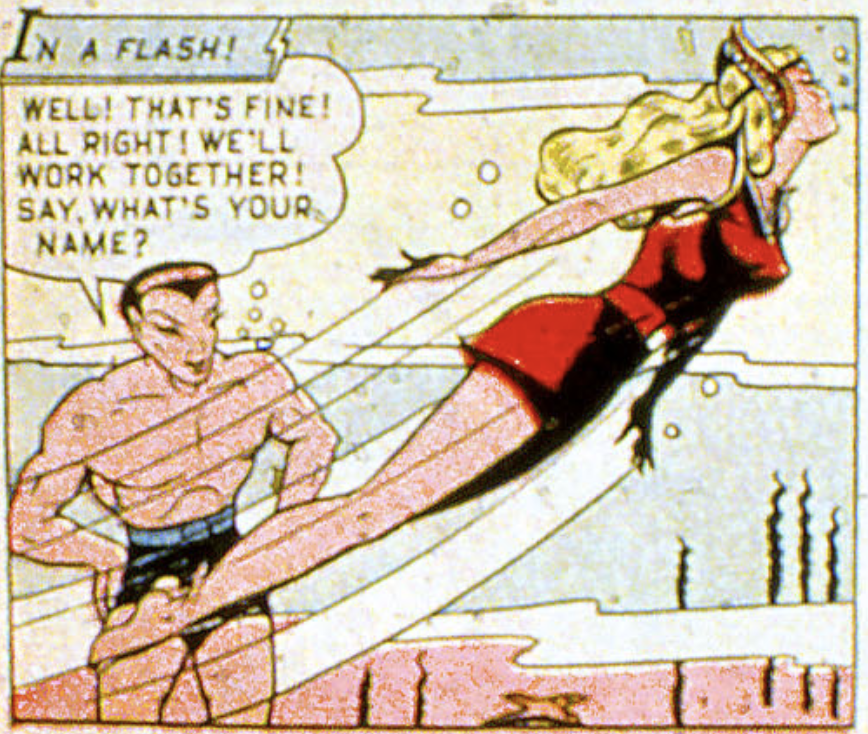 in April 1947, the short-lived “Marvel Magazine” cover blurbs have been removed from all of Timely (Marvel) comic books, though it appears that Stan Lee is still in charge as editor. In Marvel Mystery Comics #82 (April 1947), the character of Namora is introduced – a female version of Namor, the Sub-Mariner. Throughout the 1940s, the stories of Sub-Mariner have mostly ignored Namor’s underwater kingdom (except for his origin story), so now that Nazis have disappeared from the scene, this is a nice addition to the mythos. Apparently Namora is later established to be Namor’s cousin.