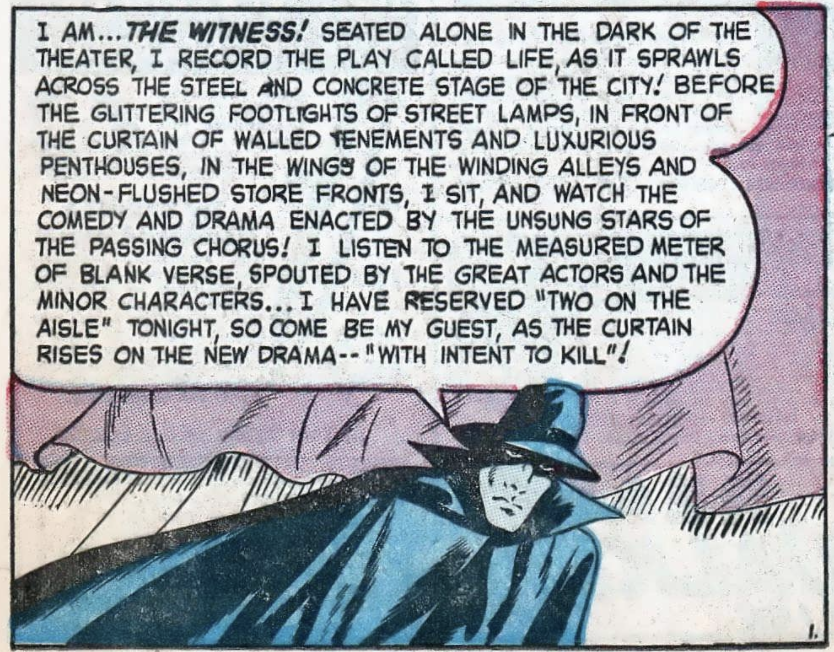 In February 1949, Timely (Marvel) debuts Amazing Mysteries comics with issue #32, an odd first issue number. It seems like it picks up numbering from Sub-Mariner, except Sub-Mariner Comics has its final issue (#32) next month. Anyway, in Amazing Mysteries, an anthology of creepy tales, one story features a narrator character named “The Witness” that bears a striking resemblance to DC’s future Phantom Stranger character (still a few years from being created). Some of the stories in Amazing Mysteries featured supernatural elements, but not The Witness.