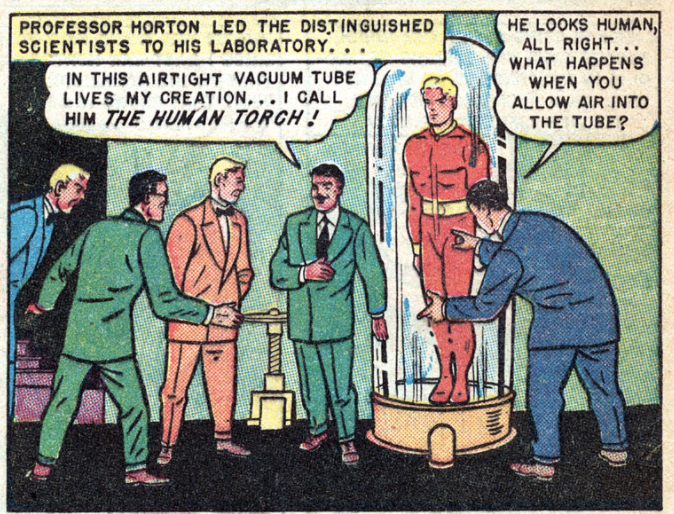 In Marvel Mystery #92 (February 1949), the Human Torch‘s origin story is re-told, with a framing story of his creator, Professor Horton, passing away. This is also the last appearance for years of the original Human Torch. After this issue, Marvel Mystery Comics is renamed to Marvel Tales and becomes a horror / supernatural anthology comic.