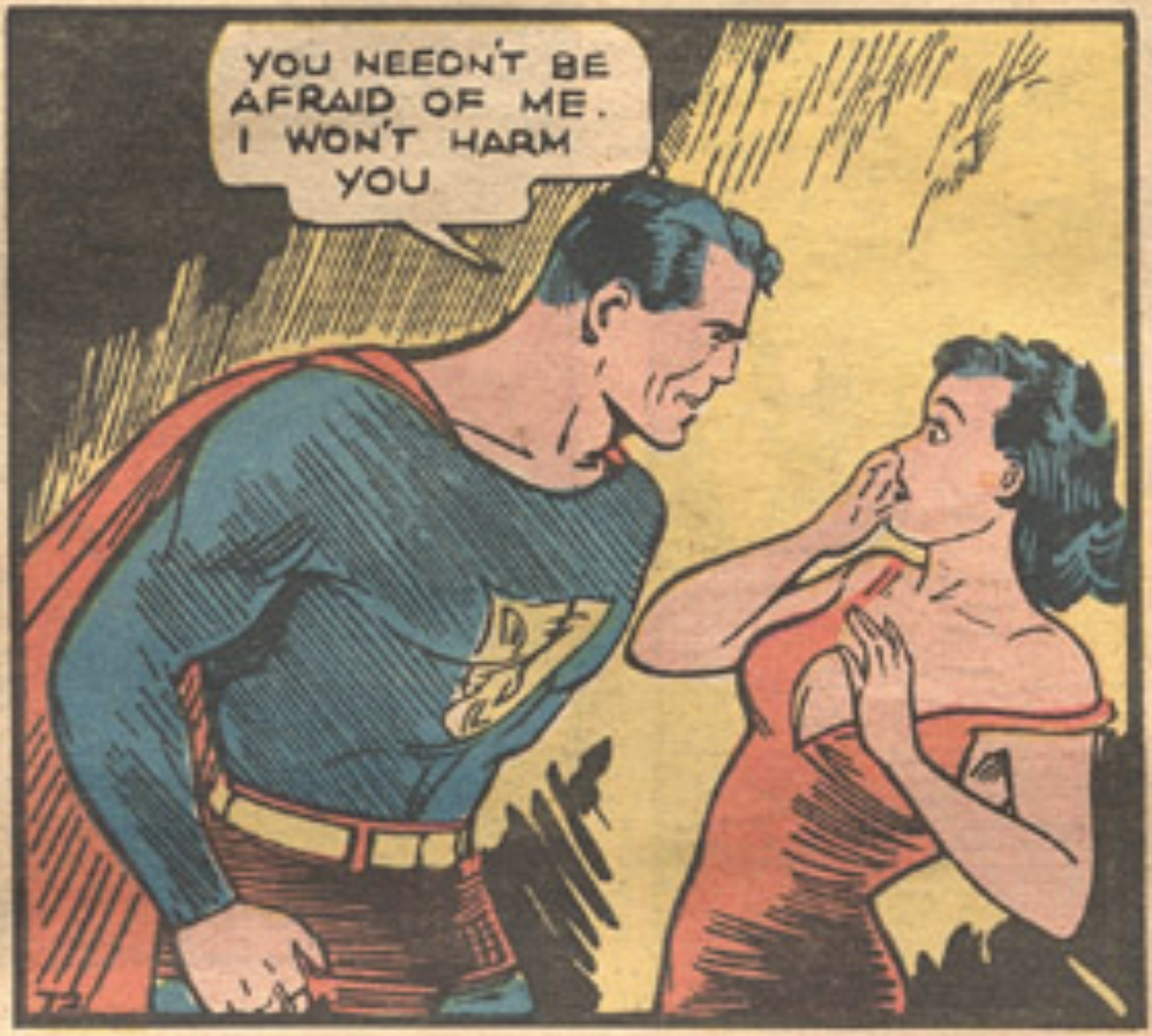 The Golden Age of Comic Books begins in May 1938 with the single most important comic book ever published:  Action Comics #1 and the debut of the first full-fledged superhero:  Superman.  Crime fighter for justice.  Crazy costume.  Super powers.  Secret identity.  A supporting cast of two Daily Star employees: his un-named editor and his romantic interest, Lois Lane.  Lois is a bit of a damsel-in-distress in this first story, but it’s pretty jam-packed at 13 pages (the same size as Siegel and Shuster‘s other big feature: Slam Bradley) and I love it from beginning to end.  And this quote, from the origin page, is another reason why:

From the beginning, Superman is a character that is adventuring not for thrills or because of some tragedy in his past or to make money but because he is deciding it is the right thing to do.  And that’s all you really need to know about what makes Superman special.

Action Comics is the first “superhero comic book” and became the first comic book to reach its 1000th issue which happened in late 2018, more than eighty years since it’s debut.  (Even though it debuted after the longer-running Detective Comics, Action Comics went through a stint of weekly publication in the 1990s that pushed its issue numbers ahead of Detective)

We apparently need fantastic serialized tales like this. The origin of the superhero can be traced all the way back to ancient tales of gods and heroes like Zeus and Apollo, through to King Arthur, Arabian Nights, El Cid, Robin Hood. Fantastic adventure tales like the Three Musketeers and the Scarlet Pimpernel helped shape the medium further and added more elements. As printing technology evolved, we eventually ended up with newspaper comic strips and pulp magazines leading to a plethora of new characters like Zorro, Tarzan, John Carter of Mars, the Lone Ranger, the Shadow, Doc Savage, Buck Rogers, Dick Tracy. Superman was an interesting blend of many of these, starting a new era of superheroes created for the comic book form.

This entry marks a little change to this blog’s pace as I will only be posting on weekdays and I also intend to occasionally post multiple entries from the same month (particular in the first couple years, the Golden Age had a lot of things going on).