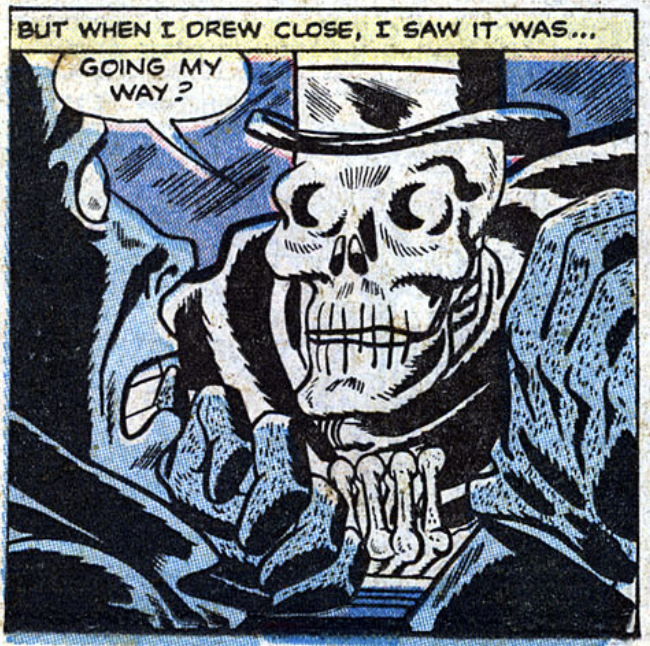 Speaking of riffing on ideas, Marvel Tales #107 (February 1952) has a tale called “Going My Way?” wherein a spooky ghost utters the phrase repeatedly to the driver of a car, who comes to realize he has died and this is an angel of death. The famous Twilight Zone episode “The Hitch-Hiker” also used this phrase and plot. The plot itself was based on a 1941 radio teleplay by Lucille Fletcher written for Orson Welles.