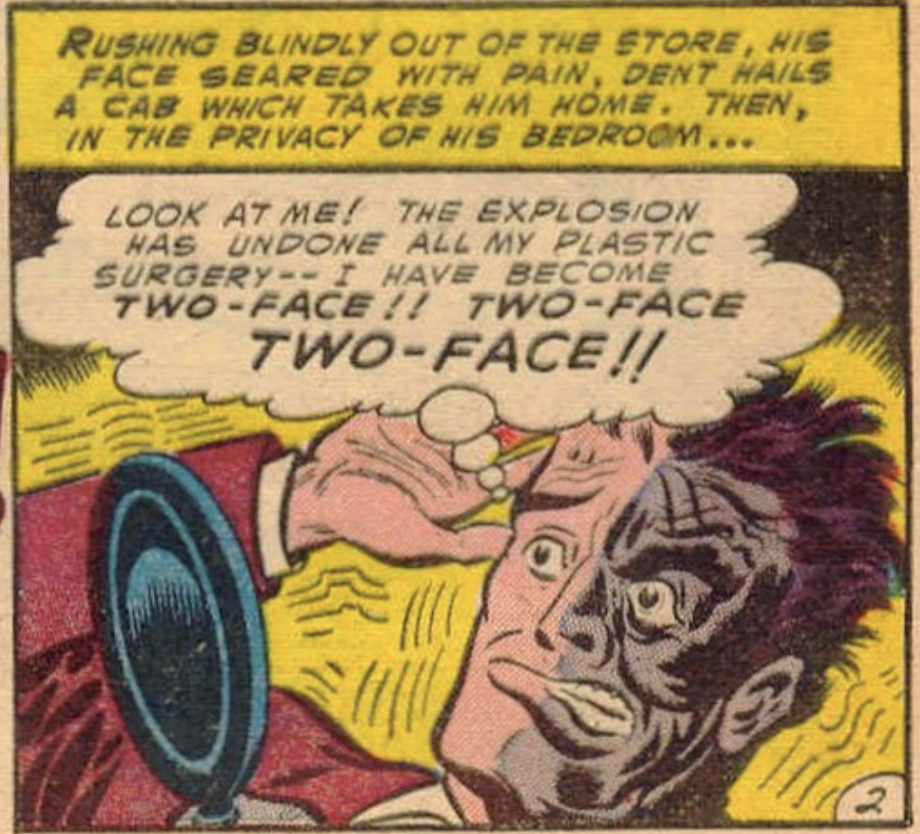 Only one month after Catwoman went back to being a criminal, Two-Face is also re-scarred in a freak accident when Harvey Dent tried to stop some safe-crackers in Batman #81 (December 1953). Unlike Catwoman, who only kept her paws clean for a couple years, Harvey Dent has been a reformed man for ten years. Yes, there have been a bunch of fake-out stories, like his butler and an actor and… a stage manager, but through it all Harvey Dent remained unscarred until now.

I guess DC reasoned that if they want to keep telling Two-Face stories – and why not, it’s a great concept! – they can’t keep having a random person be scarred, so why not send poor Harvey Dent back into insanity?