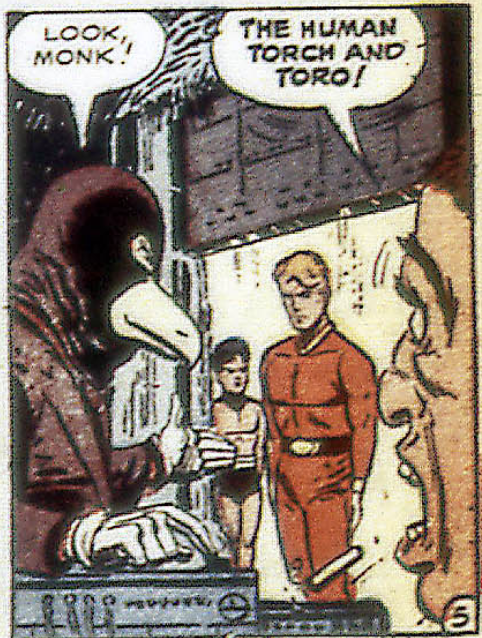 The Human Torch and Toro are not the only ones who have returned from the Golden Age. One of the Golden Age villains called “The Vulture” makes an appearance. Actually it’s not clear this is the same Vulture that appeared back during World War II, since that was a Captain America villain, but nonetheless it is a half-hearted attempt to add some colorful villains to Atlas (Marvel)’s revived superhero titles.