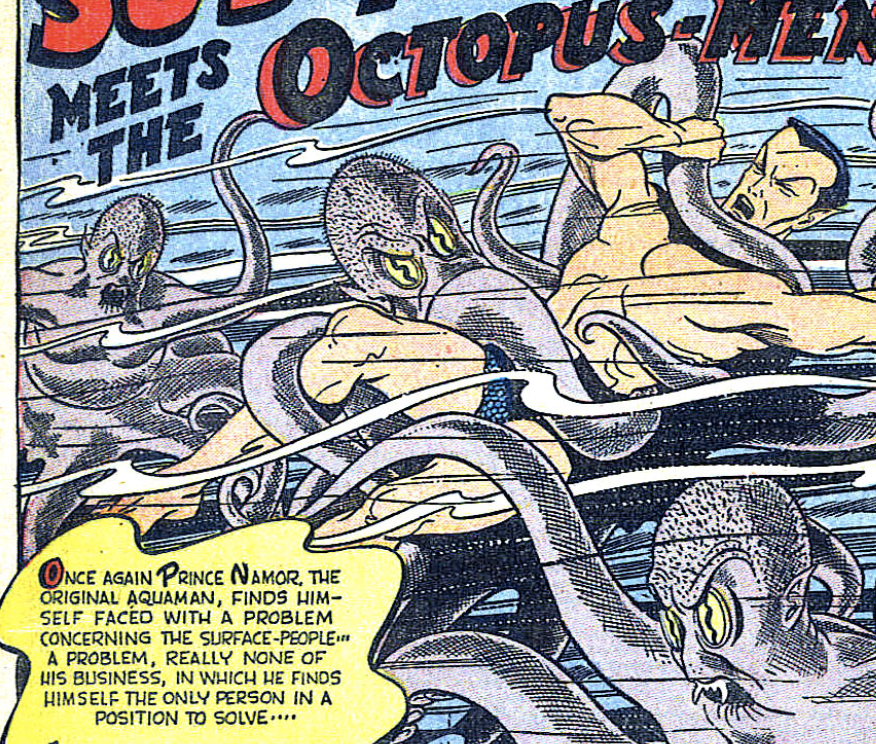 Psst, Atlas! Your superhero revival attempt seems tinged with DC-envy when you describe Namor as “the original Aquaman”. Yes, Namor was introduced two years before the DC aquatic character. Yes, your anti-hero character is more complex and has a more interesting mythology. Yes, your character actually has a supporting cast. Not only that, your character has headlined comic books, appeared on multiple covers, and was responsible for the first superhero crossover.

Aquaman has been a one-note character in a backup feature with a silly costume design, and in the 13 years of his existence has never even once appeared on a cover! In fact, Aquaman would continue to be a pretty silly, one-note character for decades after this point. He only became a “hit” within the last ten years or so when they introduced him into blockbuster superhero franchises. So why Atlas – why did you feel the need to make the comparison?