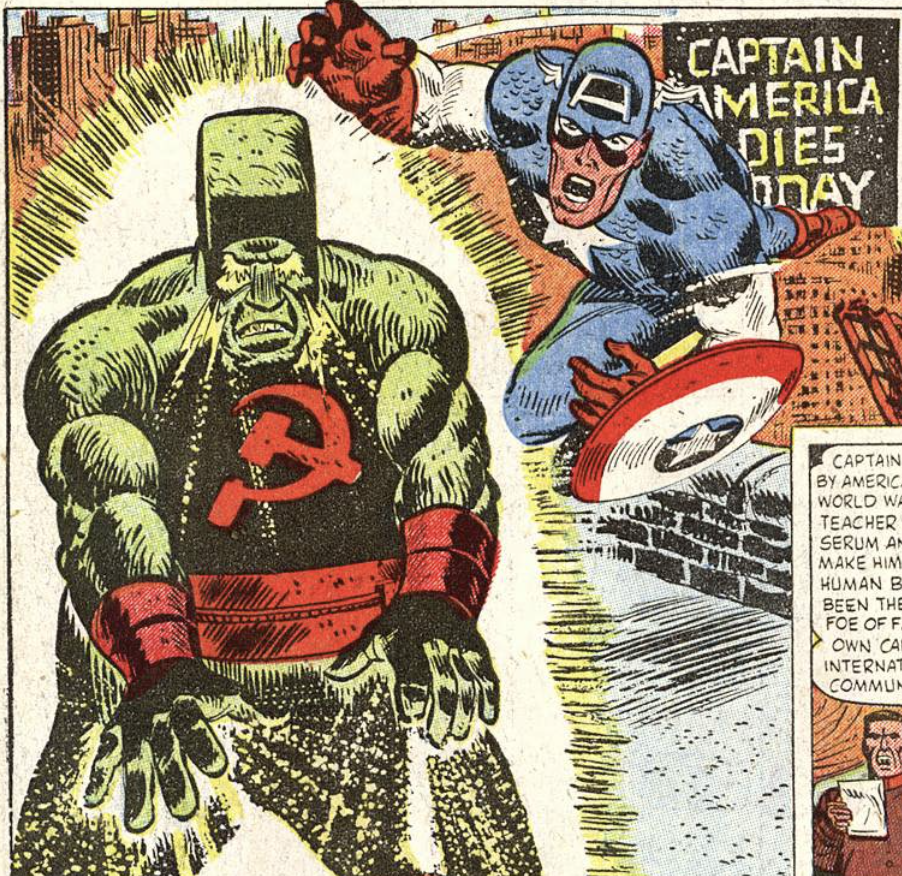 In Captain America #78 (May 1954), Atlas (Marvel) continues to try to make their superheroes exciting by adding new super-villains. This time, the Commies create their own version of a “super soldier” to square off against Captain America. Ivan Kronov is given electrical powers and the name Electro. Like electric cars, he has one slight flaw: the need to recharge every so often. But I think the character design is pretty striking, actually.

Like most long-lived comic book companies, Timely / Atlas / Marvel reused the same names for new characters. This was not even the first character named Electro! Of course the most popular incarnation of a character named “Electro” was the Spiderman villain created in the 60s.