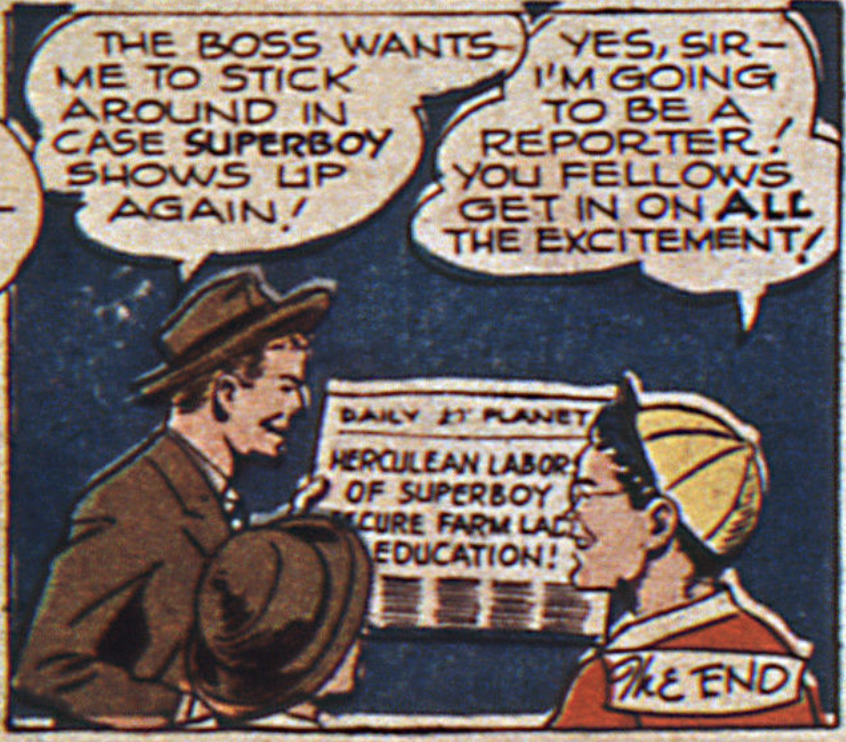 The writers of Superboy started to realize what their stories are missing: A supporting cast! In Adventure Comics #110 (September 1946), we see the first attempt at that: Jack Smart, reporter from the Daily Planet comes to the as-yet-unnamed small town where Clark lives as a boy to find out about Superboy. This directly contradicts the previously established continuity of Superman making his debut in 1938 and wowing the world at the time, but what are you going to do after almost a decade of stories? Keep everything straight?