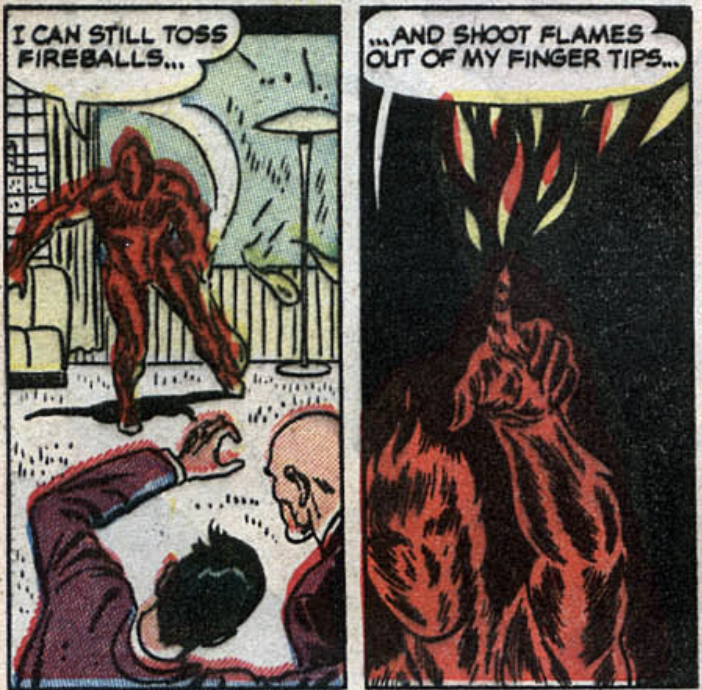 In Young Men #24 (August 1953), Atlas (Marvel) Comics attempted to revive its three most popular Golden Age superheroes. First, the Human Torch steps into the spotlight after a 4-year hiatus, explaining his super-powers to the readers, er criminals, narrating his history wherein he explains that he burned Hitler to death:

And ensuring everyone still remembers his sidekick Toro by rescuing him from Commies:

The Atlas Comics superhero revival did not last very long (about 5 issues), but it certainly suggests that some comic book companies were looking to revive their superhero intellectual property at the time, perhaps based on how popular Superman continued to be with his new hit television show?