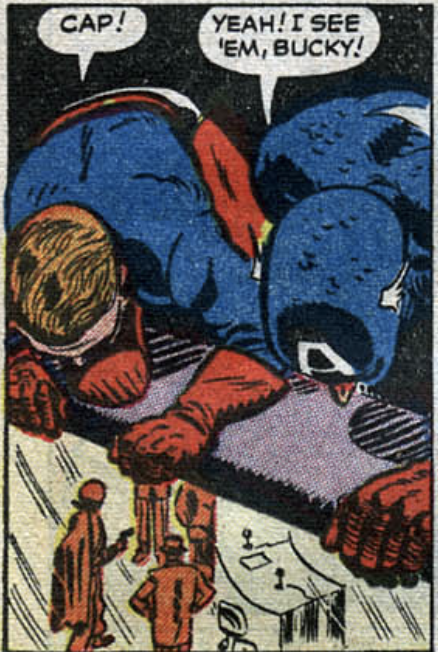 The Human Torch revival was not the only Golden Age Marvel Comics character brought out of retirement in Young Men Comics #24 (August 1953). Captain America and Bucky re-emerge, with Steve Rogers still functioning as a high school teacher and Bucky as one of his students.

What brings Cap out of retirement? Well, the Red Skull has made an appearance, this time working with the Reds, who have replaced Nazis on the comic book stage as the villains.

The brief origin story re-told feels like it was used as a storyboard for the scene in Captain America: The First Avenger. Every panel evokes that film for me.

Years later, when it is established in Marvel continuity that Steve Rogers went missing during World War II and was frozen in a block of ice for years, this version of Captain America and Bucky are ret-conned to be agents sanctioned to masquerade as Steve Rogers and Bucky Barnes.