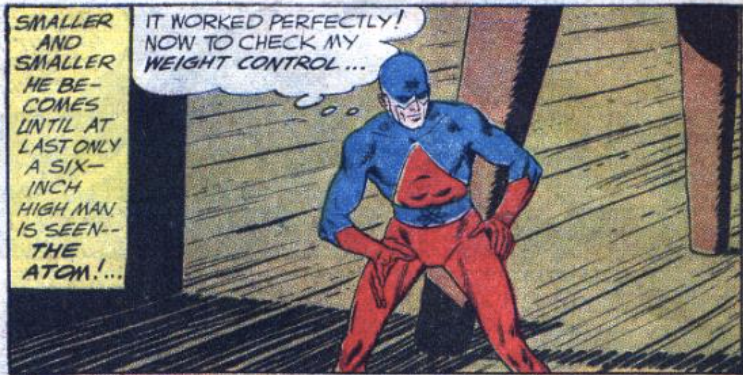 Though DC just introduced the concept of the multiverse, Gardner Fox didn’t stop reinterpreting Golden Age characters in the Silver Age: The Atom debuts in Showcase #34, July 1961). Ray Palmer is a graduate student and fellowship physicist who seeks to shrink matter via using white dwarf star material. He has a girlfriend named Jean Loring who has just launched her career as a lawyer.

Of course once Ray gets his tech working, he fashions himself a belt and mechanism to become a superhero.

There is also an interesting 2-page article with pictures that describes who the Golden Age Atom was, his distinctive costume (that I always hated and frankly found disturbing), and his involvement in the Justice Society of America.