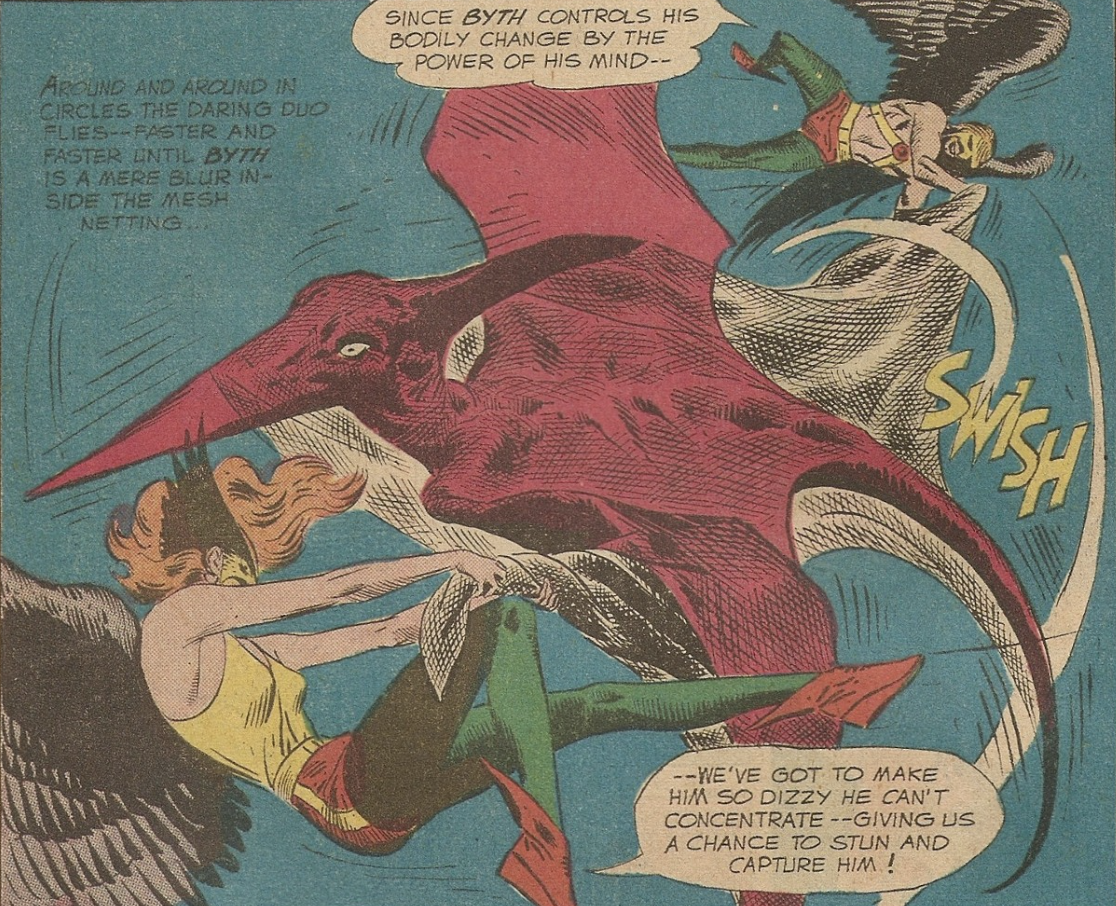 Katar and Shayera Hol meet up with a human police commissioner who agrees to give them human identities to track down a Thanegarian criminal named Byth who can transform into any creature. Carter and Shiera Hall take up residence and employment as curators of a museum. At least one thought is given to where they would actually live too 🙂

Thanks to Joe Kubert, the visuals are pretty amazing. As I said before, I’m a big fan of the original hawk helmet part of the costume, so I’m glad to see that basically unchanged from the original Hawkman’s costume.

They even try to inject some adult-level humor with Shiera’s icy response to some floozy named Mavis (Mavis?!?) that’s attracted to Carter.

Gardner insists on keeping around “weapons” of the past, showing how it makes sense for the Hawks to use ancient relics to fight futuristic, scientific criminals. Uh-huh.

After capturing the baddie and sending him home to Thanegar, the Hawks decide to take up a permanent position on Earth to “study your police methods”. Maybe they heard of the Justice League and they’re really just waiting for an invitation?

It’d been exactly a decade since comic book readers had seen Hawkman, so it was perfect timing. Overall it’s the artwork and premise that makes me give a thumbs-up to this Silver Age reincarnation of Golden Age heroes, the writing is just blah. I know the Hawk-folks don’t fare as well as The Flash and Green Lantern in terms of revival success, but this first issue kind of makes me wish they had.